After a Back-and-Forth Race down the Stretch, Jarrett & Norgaard Edge Krogen & Klehr in the 4-Ball Playoff 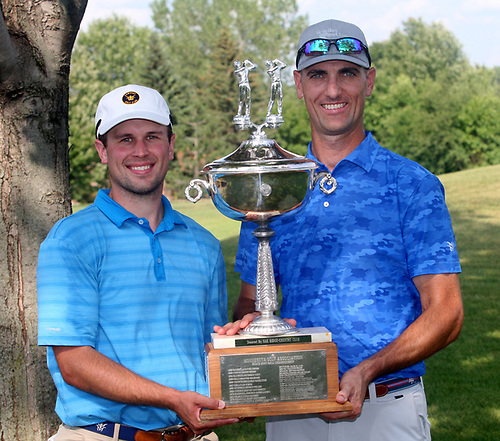 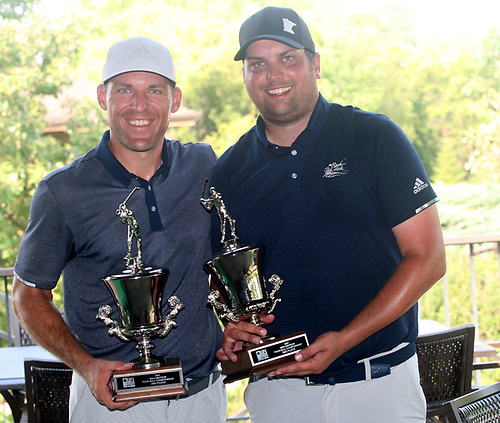 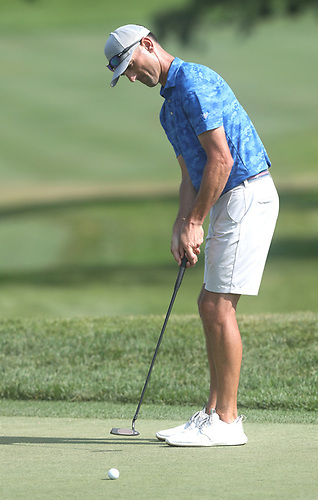 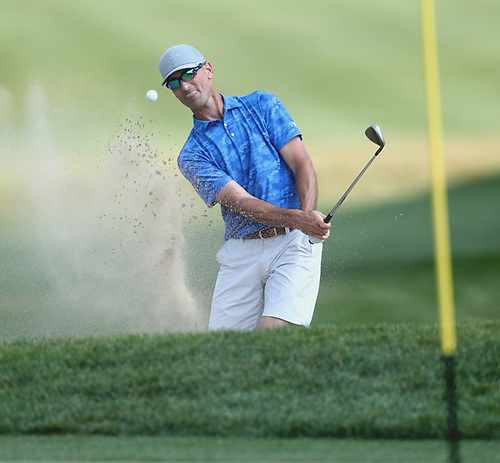 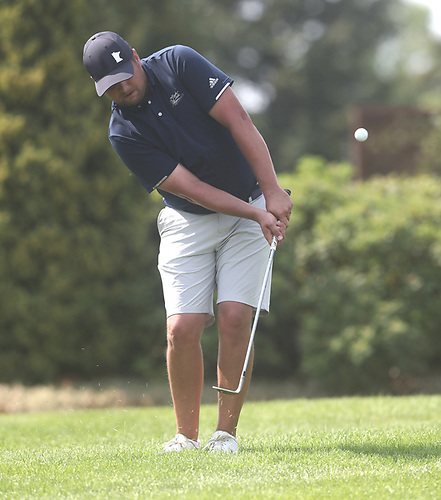 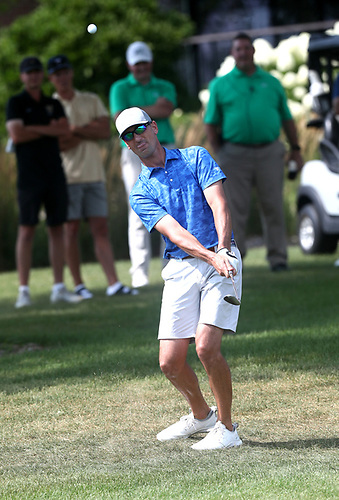 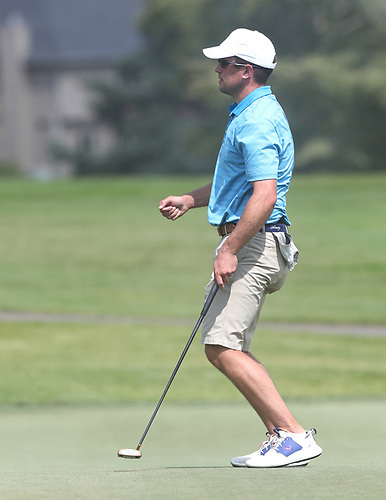 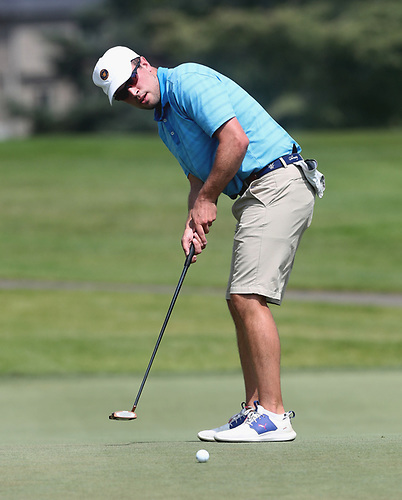 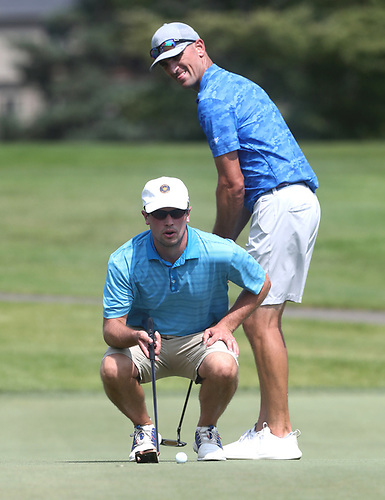 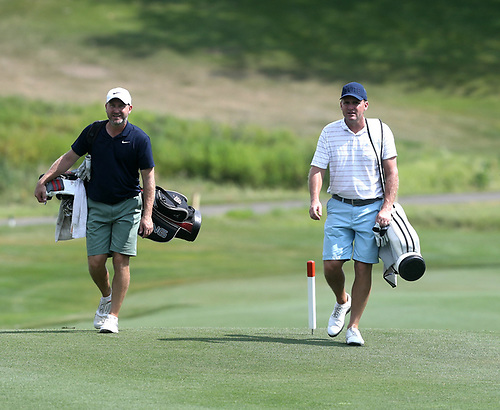 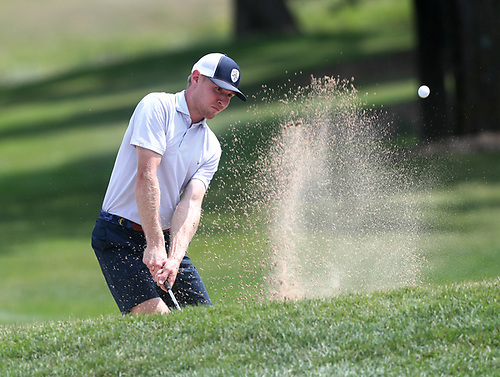 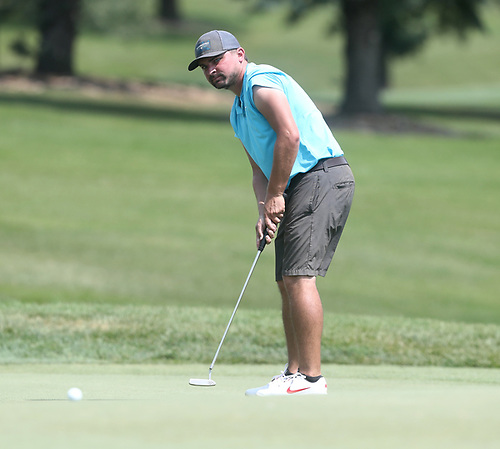 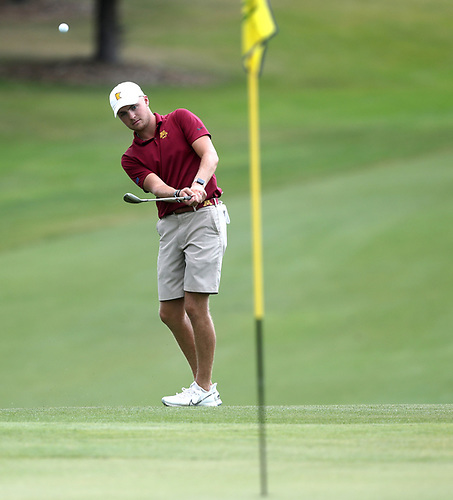 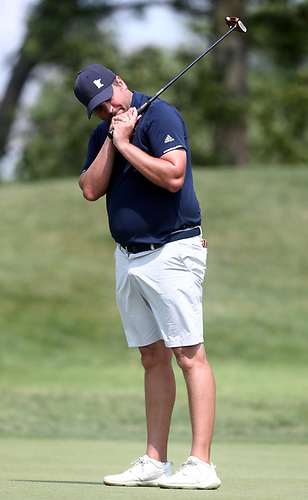 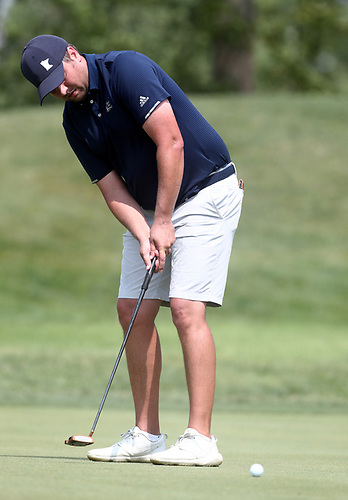 LAKEVILLE -- It was 10 years ago Tuesday that the MGA Four-Ball Championship was decided by an epic playoff, which went six holes at Oak Ridge and showcased some spectacular golf by all four of the participants -- Mark Aldrich, Erik Christopherson, Nick Jarrett and Jesse Polk. Alternating between the 436-yard, par-4 18th hole and the 396-yard, par-4 first.

Three-hundred-yard drives hadn't become commonplace in golf yet, but nearly all of the tee shots in that playoff were 300-plus, and the wedge shots to the greens were no less impressive.

The show actually started on the 17th hole of regulation play. From there and through the six holes of the playoff, there were nine birdies made. In the end, Christopherson made a 12-foot putt for birdie on the first green to claim the title for himself and Aldrich, their second Four-Ball title in three years.

Obviously, when there is a playoff for a championship, only one team can win. But both teams played so well that afternoon that it seemed a shame for Jarrett and Polk to lose. To anyone who saw the playoff, the feeling was that Jarrett and Polk could just as easily have won.

Polk did get his hands on the Four-Ball traveling trophy three years later, when he and Sammy Schmitz won at Pebble Creek.

Although it took a decade, on Wednesday it was Jarrett's turn, as he and Matt Norgaard won a playoff -- this time it went three holes -- over Tony Krogen and Alex Klehr. Norgaard settled the issue by making a 12-foot birdie putt on the par-5 18th hole at Brackett's Crossing.

Ten years ago, there were six teams in the race as they came down the stretch at Oak Ridge. This time there were five.

For a while, it appeared that Maxwell Tylke, a two-time State Publinx champion, and University of Minnesota senior to be Lincoln Johnson were going to separate themselves from the pack. Tylke birdied the last four holes on the front nine, and Johnson made it five birdies in a row by making a 3 at the daunting 452-yard, par-4 10th. That got them to 10 under when no other team was better than 9 under. They parred the next three holes, but they still had two par 5's left to play. One of the par 5's was the 531-yard 14th, and it was there that they suffered a demoralizing bogey. Then they both got tangled up in the trees, and they made another bogey at the par-4 15th (430 yards).

Tylke birdied the par-3 16th, which was playing just under 200 yards on Wednesday, and the 18th. That gave him and Johnson a 65, for a 132 (minus 10), and it might have given them a glimmer of hope -- except that by then Krogen and Klehr had already finished, having made a charge that saw them birdie six of the last eight holes for a 63 and a 131.

Klehr and Krogen, who met when they were teammates at St. John's, had gotten off to less-than-stellar start in their first round on Tuesday.

"We were 1 over par after our first eight holes," Klehr noted.

But they birdied five of their last 10 holes and posted a 68. On Wednesday they got through the front nine in 2-under 33, and then they proceeded to  light up the back nine once again with a dazzling display of shot-making. The longest putt they made in their back-nine birdie spree was a 12-footer by Klehr at the 11th hole (435 yards, par 4). Krogen followed up with an 8-iron to 4 feet at the par-3 12th (141 yards).

Klehr then hit an 8-iron to 3 feet at the 393-yard, par-4 13th. His his second shot was just to the right of the green at the par-5 14th, and from there he hit a chip to within 2 feet for their fourth birdie in a row. At the par-3 16th, Klehr hit a 5-iron to 4 feet, and Krogen capped off their round by hitting 6-iron second shot onto the green at the 18th and two-putting for yet another birdie.

Also in the hunt pretty much to the end were the first-round leaders, Gage Stromme and Logan Lillehaug. They had made eight birdies in a 63 on Tuesday, but they could conjure up only one birdie on the front nine Wednesday. Nevertheless, they were at 9 under with nine holes remaining, and still within striking distance.

They bogeyed both the 11th and 12th, but Lillehaug responded with a birdie at the 13th to renew their chances, somewhat. They failed to birdie the 14th, however, and they really could have used a birdie there. The only birdie they made on the way in was at the 18th, and they had to a settle for 70, which put them at 133 and in a tie for fifth with Ian Simonich and Matt Kulla. Simonich  and Kulla were almost in contention at 7 under for the tournament as they arrived at the 13th hole. But they bogeyed the 13th. After that, they weren't going to win, but they made the best of their situation, with three birdies in the last five holes, and that late push earned them a spot in the top five.

While all that was going on, Norgaard and Jarrett were struggling to stay in the hunt. They started the day three shots out of first, at minus 5, but they got to minus 8 with three consecutive birdies on the front nine, two by Norgaard, at the fourth and fifth holes, and then by Jarrett at the drivable sixth (317 yards), where he was just short with his tee shot and had a tap-in for his birdie.

But they made no more progress the rest of the front nine, and Jarrett hit his tee shot out of bounds on the 10th hole. Norgaard ended up having to make a 10-footer for a par. At the 12th, Norgaard salvaged a par by two-putting from 60 feet. He then birdied the 13th, nearly holing a wedge shot from 60 yards. His birdie putt was no more than 6 inches. At the par-3 16th, the Norgaard-Jarrett team was in danger of making a bogey once again, but Norgaard saved their par with a clutch 8-foot putt.

"He was really solid with that putter on the back nine," Jarrett said with a smile.

There was one more team that had a chance to get to 11 under and into the playoff, and that was the long-hitting Hazeltine National tandem of Scott Gustafson and Parker Pemberton. They shot the lowest score during the Monday part of the first round, with a 64. Like Stromme and Lillehaug, they made eight birdies in their opening round (plus one bogey) but found birdies much tougher to come by on Wednesday.

Gustafson birdied the par-5 third and the short par-4 sixth, but they both bogeyed the seventh. They were still 8 under overall after 11 holes, but Pemberton birdied the 12th. They needed two more birdies by the time they got to the 17th hole, and they got two more, but they were both on the same hole, the 17th.  At the 18th, Pemberton managed to get pin high in two, but the green complex there is tricky, and 25 feet was as close as he could get in three.

He and Gustafson couldn't get the one last birdie they needed and had to settle for a 68. Their aggregate of 132 put them in a tie with Tylke and Johnson for third.

Norgaard, 42, used to be the head pro at Somerby GC in Byron.

"I loved doing what I was doing," he says, "but I had a family, and that took priority."

During his time as a pro, he probably won something like 25 events, "mostly one-day tournaments and shootouts," he points out. But there were a couple of big tournaments in there, too, and the biggest of them was the Minnesota Section PGA Match Play Championship -- which he won at Brackett's Crossing in 2015, beating 16-time Minnesota PGA Player of the Year Don Berry in the final.

"I definitely like this course," he said on Wednesday.

But it didn't treat him very well on the first playoff hole, which was where he and Jarrett should have ended things.

Klehr pulled his drive into a tree, and the ball dropped into the creek, 100 yards short of where the other three balls were. He was still 70 feet short of the hole in three, and 15 feet short in four.

Norgaard hit a second shot that must have looked great in the air, but the green was firm, and the ball ended up 10 yards over the green. Jarrett's second shot ran just over the green on the right side, about 65 feet from the pin, which was tucked behind the left greenside bunker. Krogen's second left him 15 yards left of the green and slightly long.

Neither Jarrett nor Krogen made perfect contact with their third shots. Krogen's pitch just trickled onto the green, and he had a downhill 15-foot slider left for his birdie. Norgaard hit a pitch shot about as well as it could be hit, but the green was all downhill from where he was, and he wound up 18 feet past the hole. Jarrett's chip from just off the green looked short right away, and he was looking at a 10-foot putt for his birdie.

Basically, Norgaard had done everything right on the hole, and his putt looked good all the way -- only to lip out. Krogen's putt was below the hole right off the bat, but the ball ended up 15 inches below the cup, for an easy tap-in par. Jarrett had the easiest putt, an uphill right-to-left breaker, but he left it 8 inches short on the low side.

Nobody came all that close to making a birdie when they played the 18th for the second time, and Krogen and Klehr didn't have any guaranteed pars the third time. But Norgaard, coming over the trees from the left rough with his second shot once again, put it into the front bunker. From there he blasted to 12 feet, basically the same distance that Christopherson had made his birdie putt from to end the playoff 10 years ago.

So it seemed fitting that it was another 12-footer that ended things this year, and Norgaard did the honors.