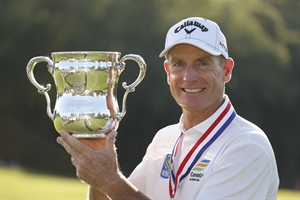 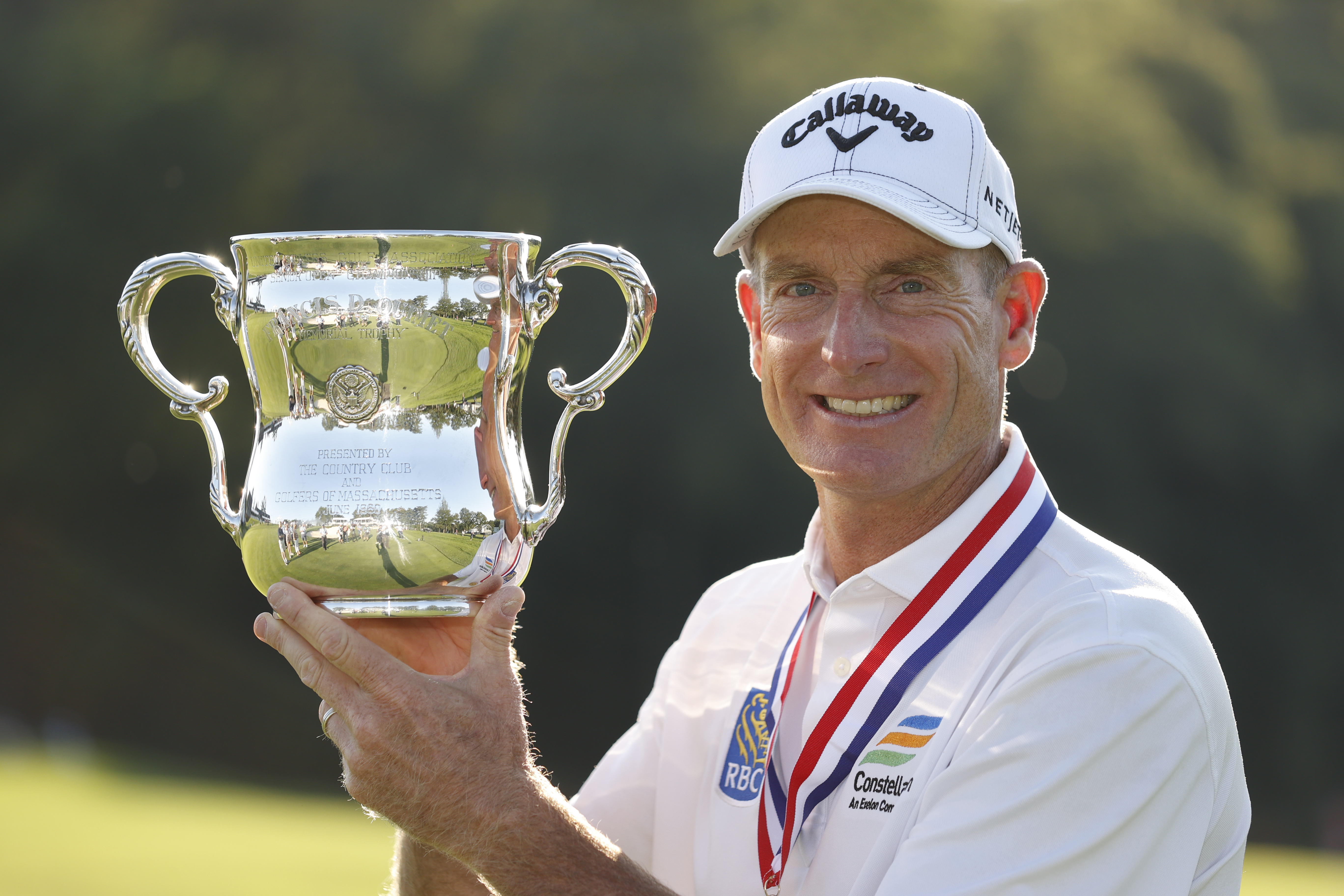 He started the final round of the U.S. Senior Open with a four-shot lead, after shooting a flawless 6-under-par 64 on Friday and a 66 on Saturday, and it was expected to be a fairly uneventful afternoon Sunday at Omaha Country Club. But things got interesting early on, as Furyk surrendered three strokes to par in the first three holes. Retief Goosen, playing with Furyk, birdied the first hole and parred the second and third.

Suddenly, that four-shot lead was down to one.

But then Furyk went back to being Furyk. Goosen bogeyed the fifth hole and birdied the sixth. Up ahead, Mike Weir had made an eagle at the sixth. Furyk made a birdie of his own at the sixth, and when both Weir and Goosen bogeyed the eighth hole, the lead was back to three. Weir and Goosen both bogeyed the 10th, as well, and there wasn't a lot of drama for the remainder of the round. Furyk played his last 15 holes in 2 under, and he was able to claim a three-stroke victory.

This was the third time he's won since joining the Champions Tour last year, but it was his first major. By winning, he joined an elite list of players who have won the U.S. Open (which Furyk did in 2003) and the Senior Open -- Arnold Palmer, Billy Casper, Gary Player, Orville Moody, Lee Trevino, Jack Nicklaus and Hale Irwin.

Weir's round was anything but boring. He made only three pars on the back nine, to go with four birdies and two bogeys. His valedictory birdie at the 461-yard, par-4 18th gave him a 67, which equaled the best score of the day and earned him a share of second at 276, along with Goosen, a two-time U.S. Open champ (2001 & "04) who closed with a 69.

Fred Couples was lurking for a while, in position to stage a back-nine rally. But then he made a double bogey at the 10th hole, and that ended the threat that he posed to Furyk. Couples eventually posted his second 71 of the week, to go with his two 69's, and the resulting 280 was good for seventh.

Kelly was in a group of five players who tied for eighth at 281. So was Stephen Ames, who was a co-leader on Thursday after a first-round 65, and he was in second place, four behind, going into the final round. He missed a 6-foot birdie putt on the first hole and buried his tee shot in the face of a bunker at the third hole. From that impossible position, he made a double bogey and was on his way to a 75.

Tom Lehman was the lone player with Minnesota connections to finish 72 holes. The former State Amateur, State Open and MGA Players champion shot 72 on Sunday and tied for 21st at 281.

Furyk's early misadventures on Sunday began when he missed the fairway at the 553-yard, par-5 second hole, and then missed the fairway again with his layup. The result was a bogey. At the par-3 third (234 yards), his tee shot ended up under the lip of a bunker. He needed two swings to get out, and he two-putted for a double.

He began righting the ship with pars at the fourth and fifth holes, and then birdied the par-5 sixth (543 yards). Weir and Goosen both birdied daunting 454-yard, par-4 12th hole, and Weir took advantage of the short, 292-yard, par-4 13th, nearly hitting the green with a 3-wood tee shot and then getting up and down for a birdie. But Furyk birdied the 13th, too.

Furyk hit his worst shot of the back nine at the par-3 15th (226 yards), dumping his fall in the front bunker, 75 feet from the pin. But Weir had made a bogey there, missing a 5-foot putt for par. Both Weir and Goosen applied some pressure on Furyk by making birdies at the 527-yard, par-5 16th, but Furyk responded in kind, restoring his three-shot advantage over Goosen with only two holes remaining.

Weir, who won his major championship, the Masters, two months before Furyk won the U.S. Open, in 2003, was four behind at that point.  But he got back within three by making the birdie at the 18th.