Gibb and Johnson on to U.S. Senior Open 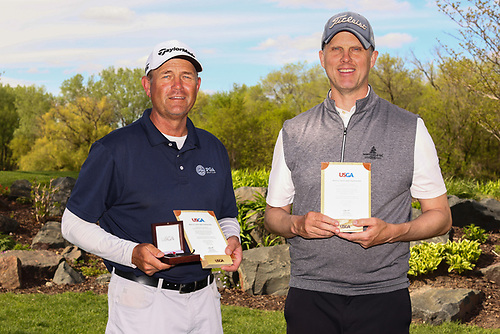 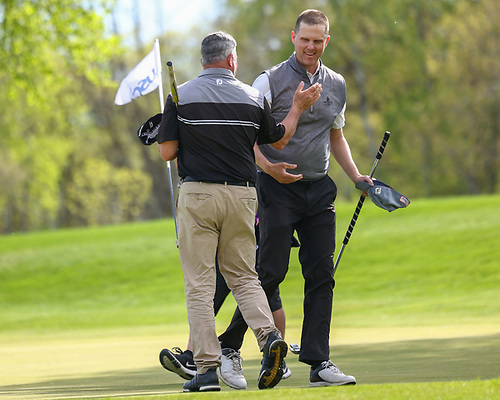 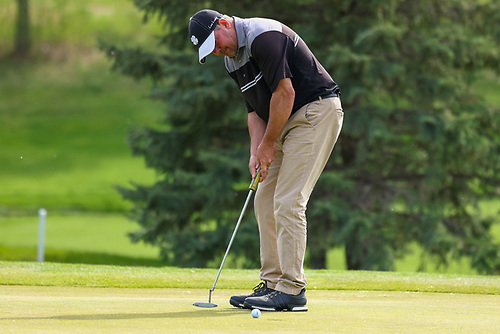 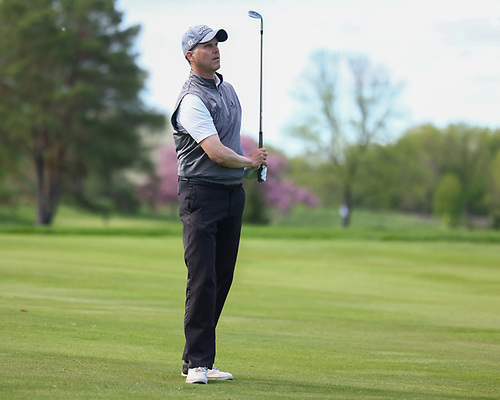 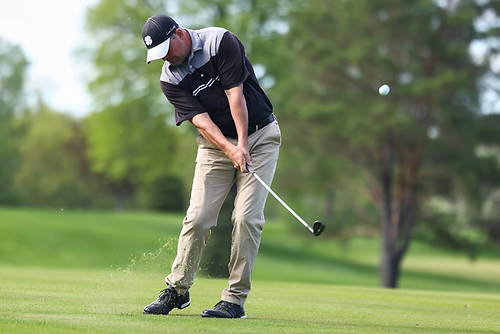 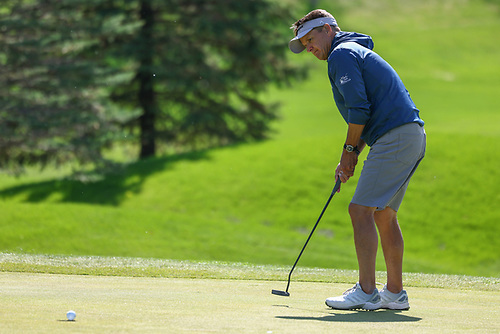 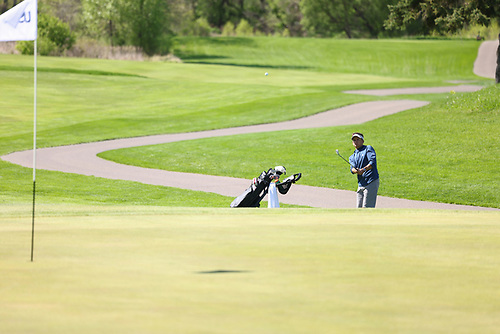 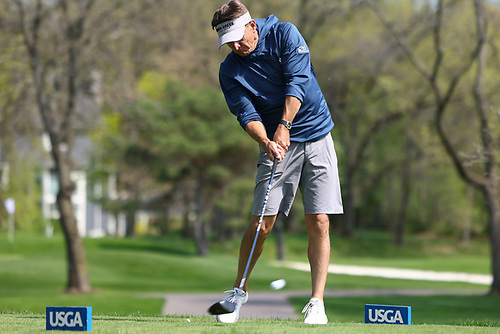 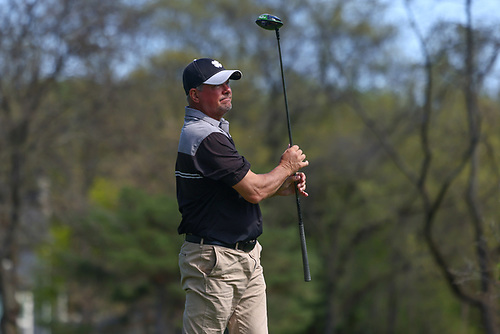 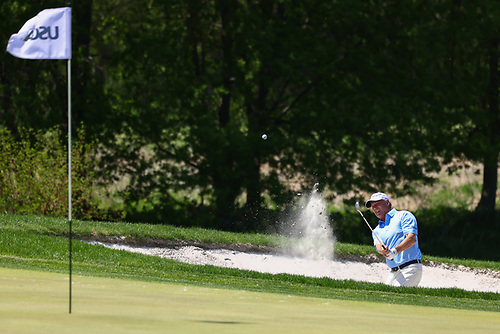 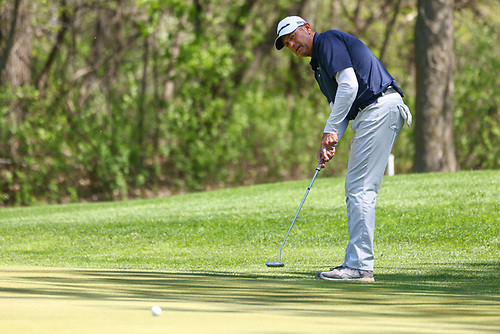 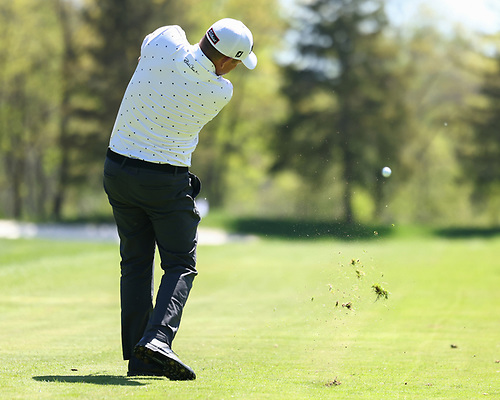 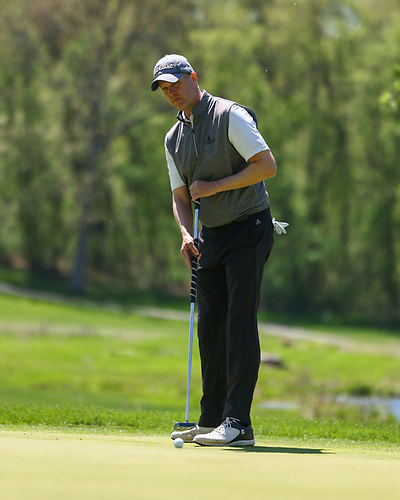 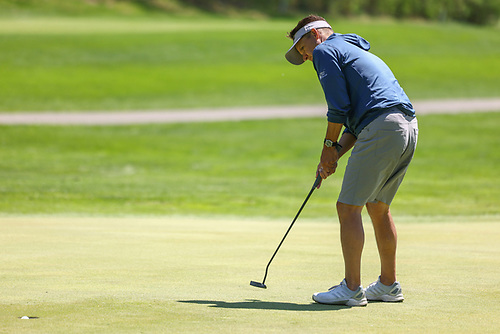 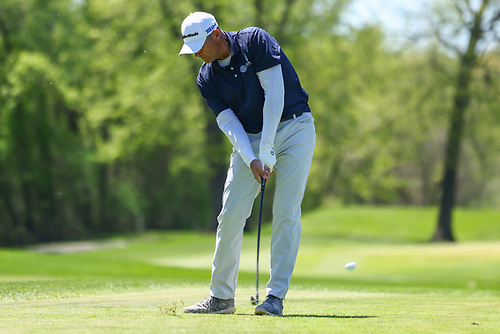 DELLWOOD, Minn. – For a second consecutive season, Judd Gibb traveled north from his home in Iowa in hopes of securing a spot in the field of the U.S. Senior Open. Rolling in his birdie putt on the final hole Monday at Dellwood Country Club helped Gibb post a 1-over 73 to earn medalist honors, and his ticket to the championship for the second straight year.

“I drove the ball really, really well and played extremely solid,” Gibb said after his round Monday. “Playing a practice round yesterday I thought there were holes here that you could make bogey even hitting good shots. I could tell it was going to be a street fight from the beginning, especially with the weather.”

A field of 50 players battled breezy conditions Monday, looking to claim one of two qualifying spots to the 42nd U.S. Senior Open, set to be played June 23-26 at Saucon Valley Country Club in Bethlehem, Pa.

Next month, Gibb, a professional from Fort Dodge, Iowa, will play in his third major in as many seasons, qualifying for the PGA Championship in 2020 before he placed tied for 52nd with PGA Tour veterans Rocco Mediate and Mark O’Meara at last year’s U.S. Senior Open at Omaha Country Club in Nebraska.

“It’s everything you think—you have to hit the ball in the fairway because every hole is difficult,” said Gibb, who sat 3-over through 36 holes before shooting 76-77 to close out the tournament last June. “I played really well the first three and a half rounds and then probably got tired and struggled a bit.

“I went into it last year and didn’t really have expectations and ended up playing pretty well, so that’s the thing I have to be a little careful of. I don’t do this for a living, and I do play more than a lot of other club pros, but you get a little idea of what goes on into the week and how to pace yourself to at least give yourself a chance."

Playing his first seven holes in 1-over Monday, Gibb drew even by sinking a 6-footer for birdie at his eighth, but slipped with a bogey at his ninth. Falling to 2-over with a bogey at his 14th hole, Gibb’s ‘professional miss’ with a 6-iron at the par-3 sixth hole led to his second birdie of the day.

Giving back a stroke with a bogey at his 16th, Gibb wedged his approach inside of 10 feet on his final hole and buried his downhill slider for birdie in the center of the cup to claim medalist honors at 1-over 73.

“Today I drove the ball as well as I have in a couple of years—that was a huge key,” Gibb said. “I knew if my lag putting was good, that I’d have a pretty good chance.”

Joining Gibb next month is Minnesotan Joel B. Johnson, who finished in a tie for second with professionals Mikkel Reese and Derek Stendahl before surviving a three-hole playoff to earn a place in his first major championship as a senior.

“This is great because you get to play with all the big guys—the guys you watch on TV all the time,” said Johnson, who qualifies for his first USGA championship since the 2015 U.S. Mid-Amateur at John’s Island Club in Vero Beach, Fla. “It’s going to be fun to get down there and see where your game is compared to those guys."

“Today was a tough day on a tough golf course. It was a day of survival and the one thing I was able to do was not hit a ball in the hazard or [out of bounds]. If you can do that, you’ve got a fighting chance."

Beginning his round on the 10th tee Monday, Johnson carded a trio of bogeys over his first five holes before finding his footing with a birdie at the 15th. Taking a step back with bogey at the 16th, Johnson rolled in a 10-footer for birdie at the 18th. A bogey at the par-3 sixth put Johnson at 3-over for the round, but he sank his final birdie of regulation at the eight to join a three-way tie for second at 2-over 74.

Johnson and Reese both made par on the first playoff hole, eliminating Stendahl, before Johnson sank a 12-footer for birdie to extend the playoff on the second hole. Johnson claimed the final spot after winning the third playoff hole with a par.

“I played really good from tee-to-green,” the 51-year-old Johnson said. “I made a couple of nice up-and-downs even though the putter was shaky. Not the best putting day today."

“My putter has been a struggle and part of the game I need to work on and fix. It’s not terrible, but it’s just not there.”

Owner of five wins in the state, Johnson enters the season with a pair of victories in 2021, claiming the Minnesota Public Golf Association Mid Public Links Championship before closing out the year with a win at the Lyle Cran Memorial Shortstop Tournament last September.