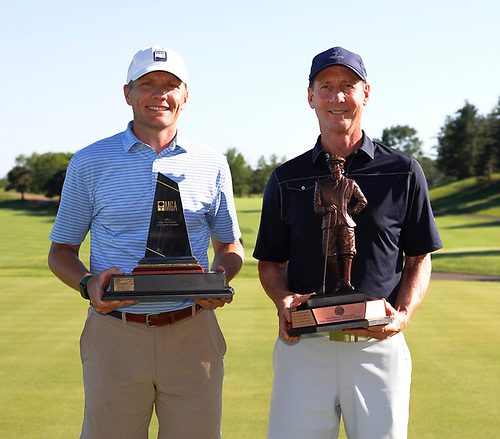 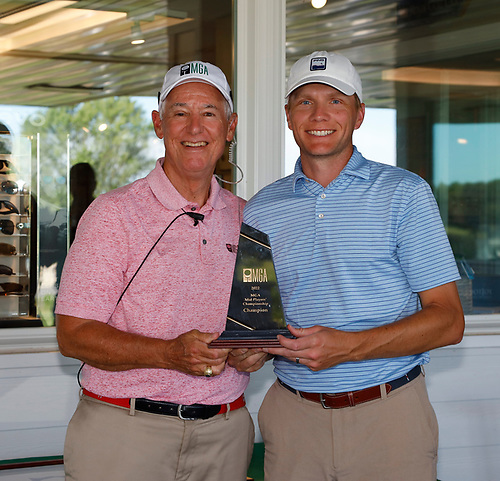 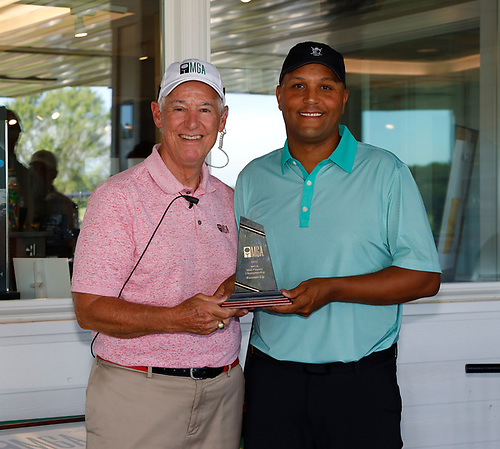 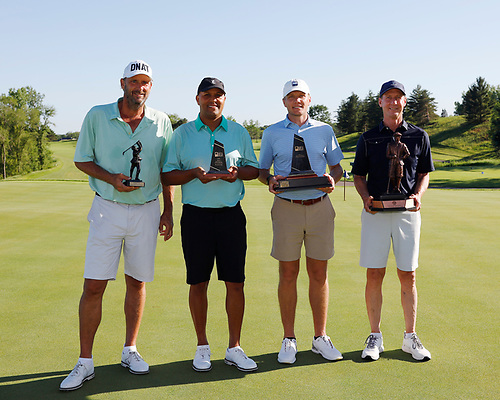 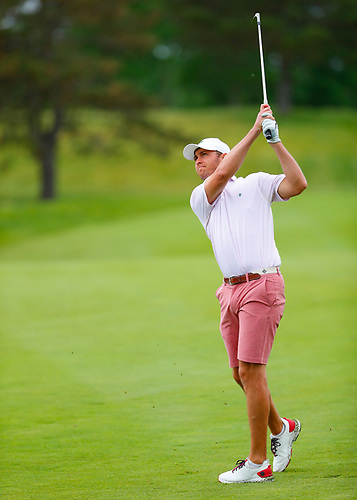 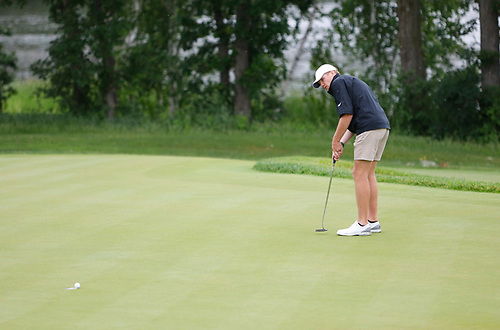 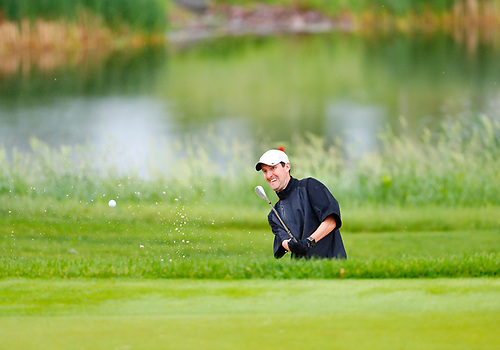 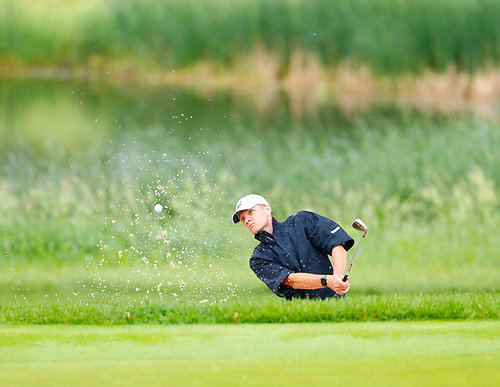 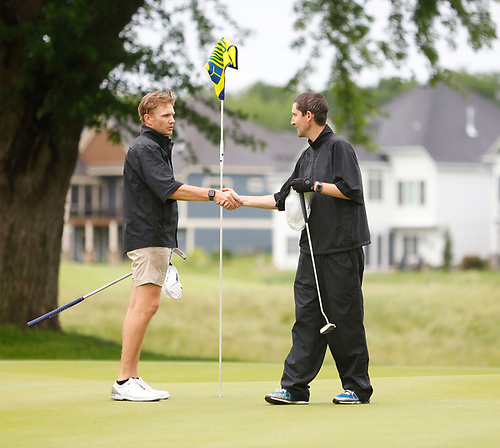 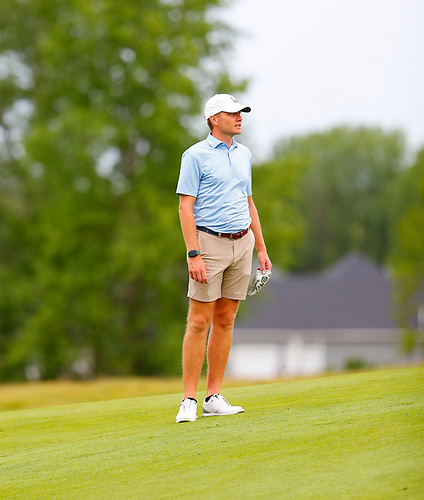 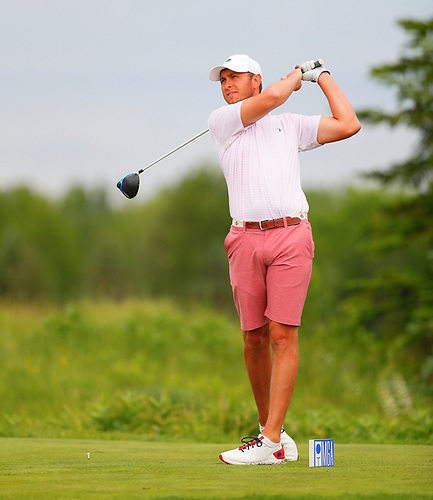 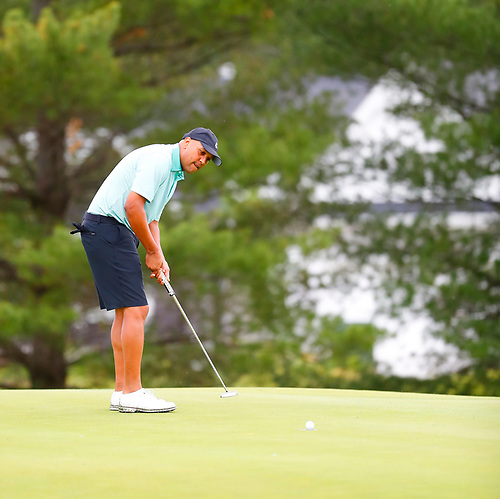 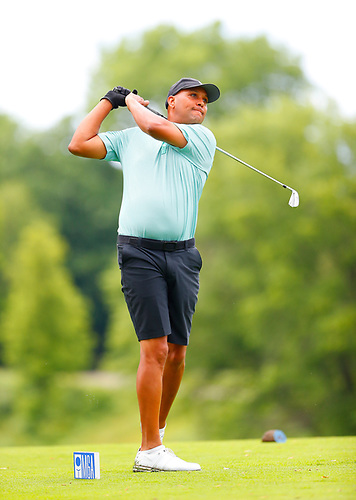 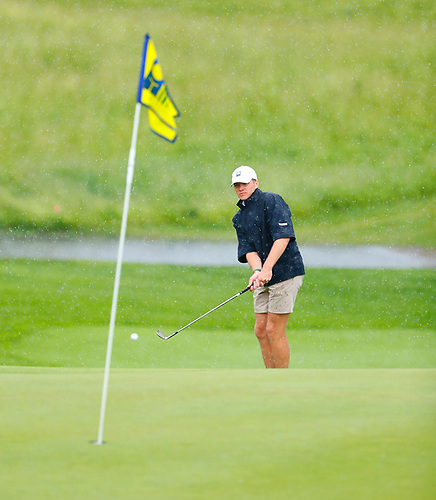 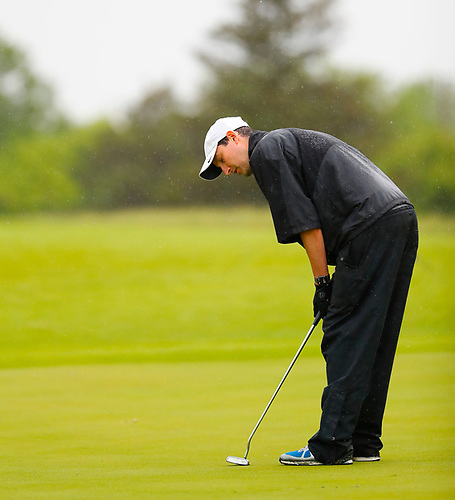 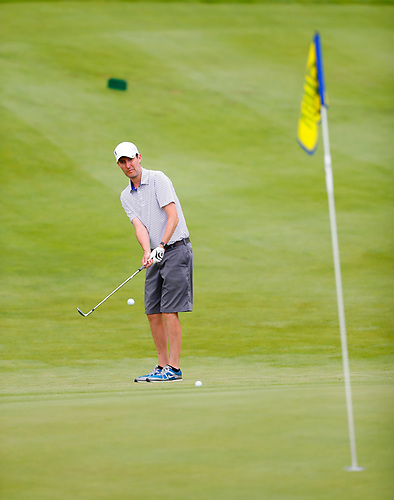 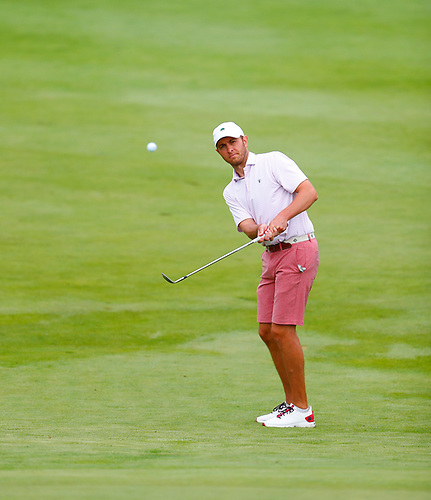 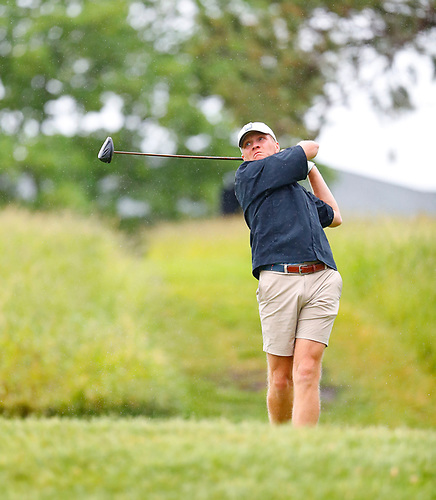 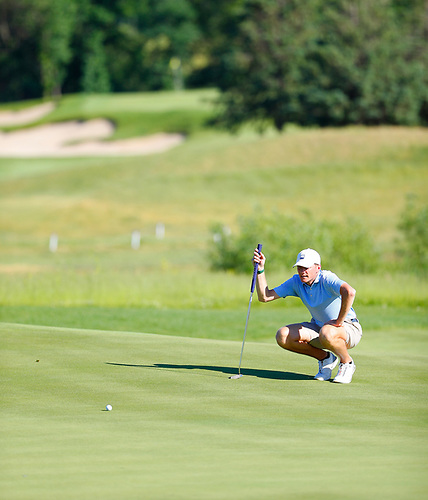 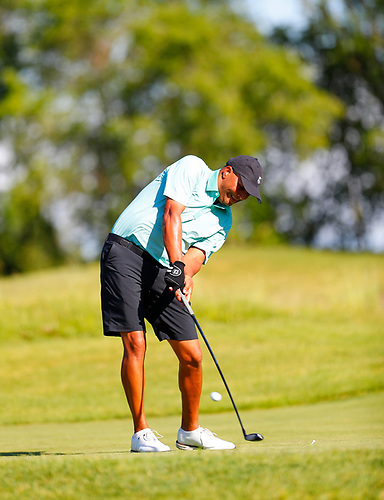 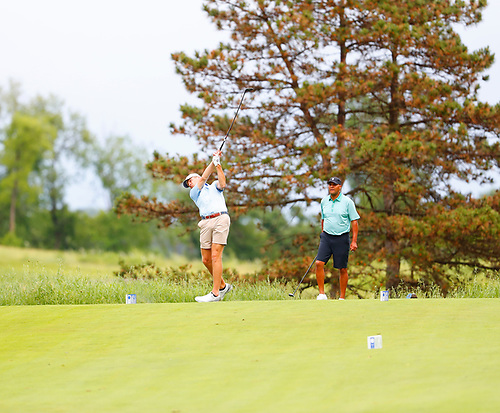 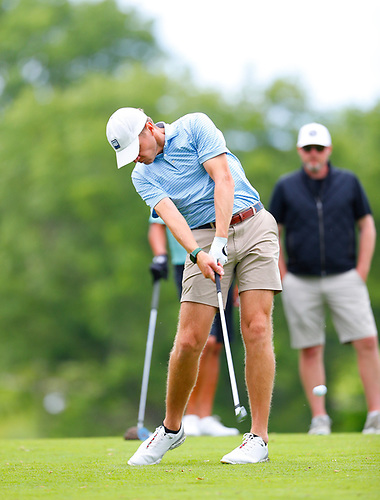 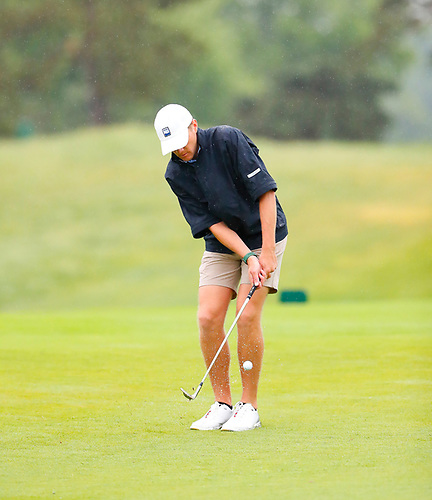 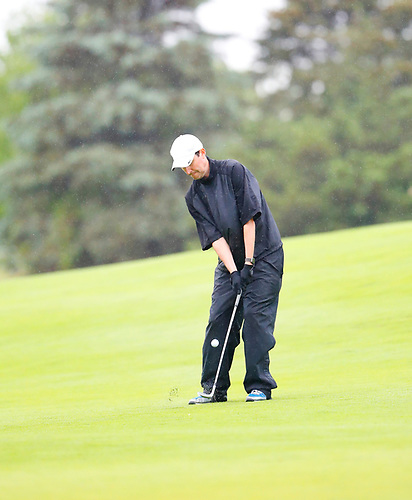 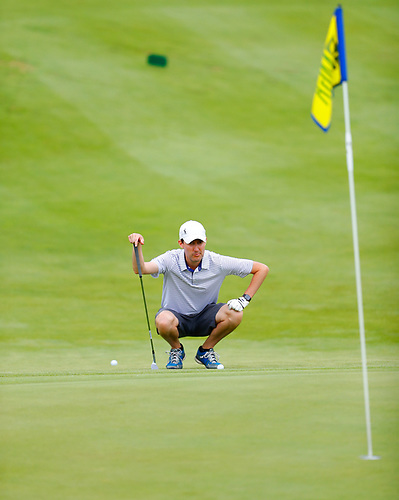 LAKE ELMO, Minn. – Entering the week with a state championship already to his credit this season, Joe Conzemius notched two more match play victories Tuesday at the 16th Minnesota Golf Association Mid-Players’ Championship to advance to the semifinal round at Royal Golf Club.

“I’ve been doing a nice job of keeping the ball in play,” Conzemius said Wednesday. “These greens are hard, especially on a windy day. You’ve got to get your approaches on the right tiers of the green to have any chance to make a putt. Lag putting is critical and you’re going to have a lot of 20-footers that break three or four times.

“Neither Troy or I played our best this afternoon. I thought the course played really difficult—it was hot and windy and hard to get the right number and club selections.”

Conzemius, a member at Interlachen Country Club, earned his first victory of the week by beating Robert Dew, 5 and 4, Monday and rolled in early birdies to build a quick lead over Austin Eaton during the second round of pool play, on his way to his second win, 4 and 3. After prevailing in a playoff against his Hastings High School classmate in Polk, Conzemius rolled in a late birdie against Johnson to even his match before winning the first playoff hole with a par.

“It was back-and-forth the whole match, and I made a good birdie on 17 to tie the match,” Conzemius said. “It’s about staying patient. Par is a good score, especially when the wind is blowing.

“Instead of playing against the field and posting the best score you can, sometimes all you need is to make a par. Match play is such a different mindset and mentality—it’s great.”

Reaching the semifinal round 2019. Conzemius fell to Jamie Quesnel at Crow River Country Club. Last season, Conzemius went 0-1-1 in pool play, unable to advance to the quarterfinal round at The Quarry at Giants Ridge.

He will face another familiar foe in Ryan Conn when the tournament resumes early Wednesday.

“Ryan is a great player and a good friend—I look forward to spending some time with him tomorrow morning. I need to continue to keep the ball in play, give myself some birdie putts from 10 feet and hopefully get a few to roll in.”

Conzemius’ first state victory came in 2017, winning the MPGA State Public Links Championship on his hometown course at Hastings Golf Club. He notched his second win the following season when he teamed with Will Hickey to win the MGA Amateur-Four Ball Championship at Oak Ridge Country Club.

Conn also needed extra holes to reach the quarterfinal round Tuesday, defeating Tyler Obermueller before securing his place in the semifinals with a win over Noah Lawson, 4 and 3.

In search of his third win at the championship this week, Trent Peterson put himself back in contention after surviving a three-way playoff to reach the quarterfinals.

Facing Nick Jarrett in Tuesday’s afternoon round, Peterson cruised by winning four holes in a five-hole span on the front side, on his way to his first semifinal appearance in three seasons.

“I don’t know why I didn’t play well earlier today,” said Peterson, who dropped his third match in pool play to Daryl Schomer before advancing in the playoff. “I played great yesterday—I never lost a hole.

“This morning I just didn’t have it. This afternoon I had it back again and played bogey-free. No mistakes, fairways and hitting it close on the greens. I’m really happy with the putter and the short game right now.”

He is one of three players with multiple wins in the tournament’s 15-year history. A four-time MGA Player of the Year, Peterson will face 2007 MGA Amateur champion Bryce Hanstad in the semifinal round early Wednesday.