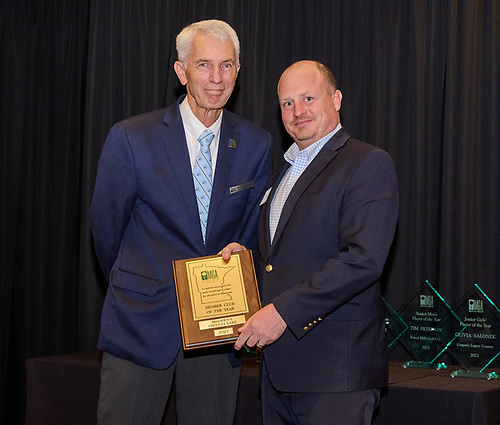 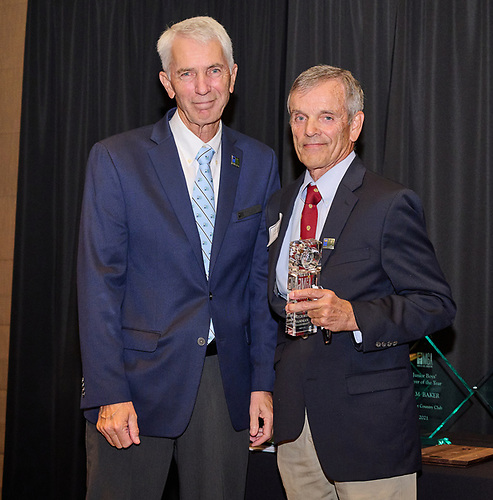 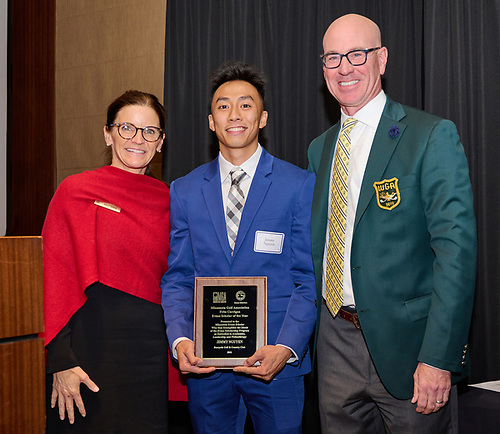 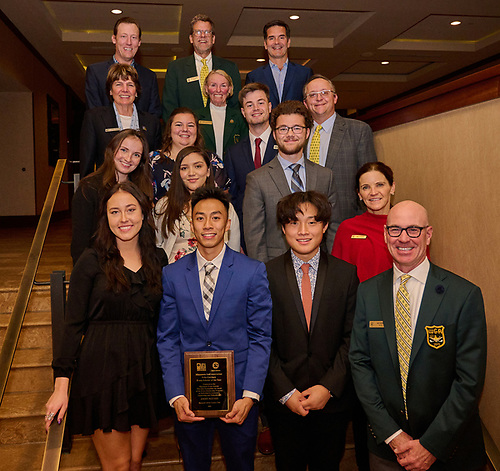 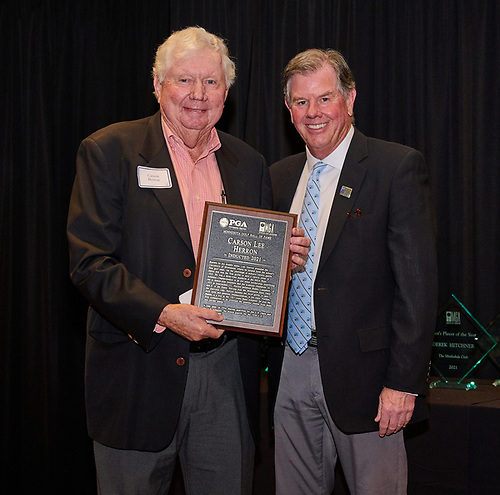 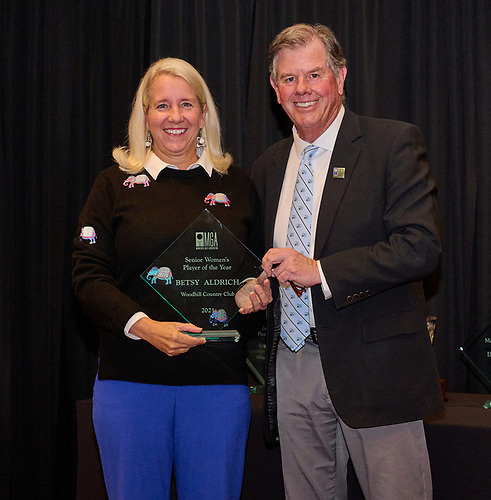 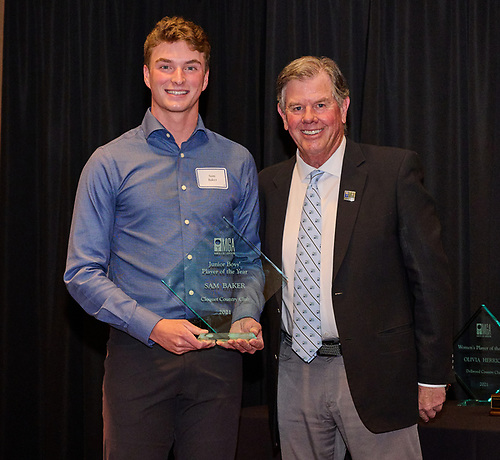 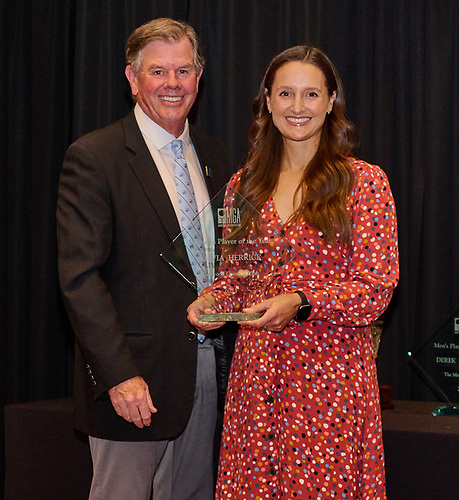 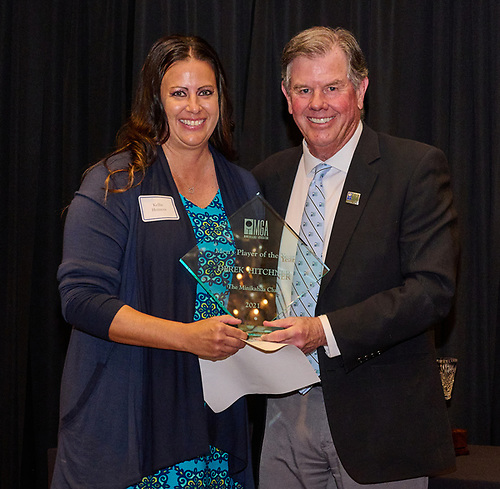 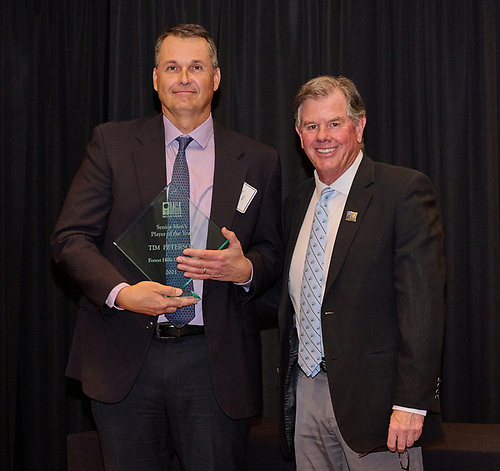 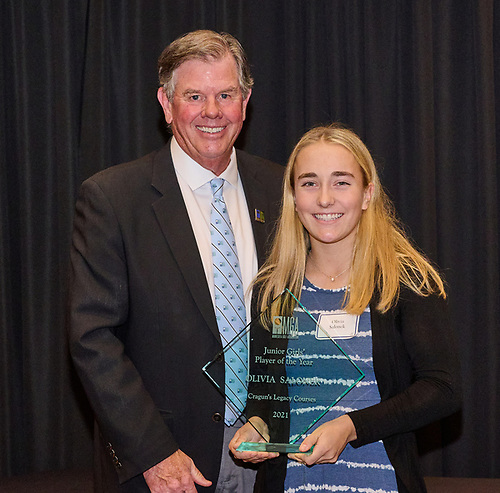 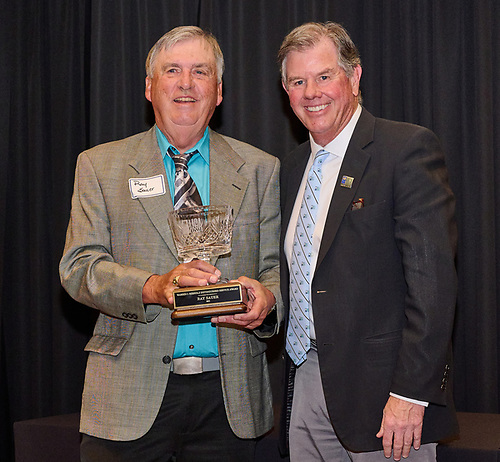 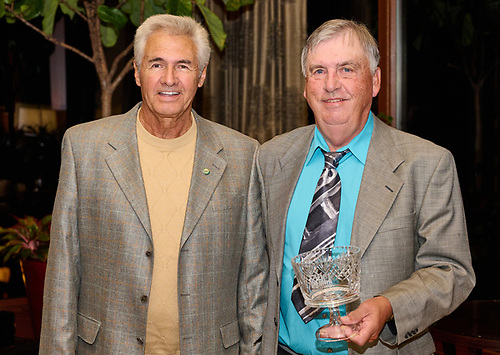 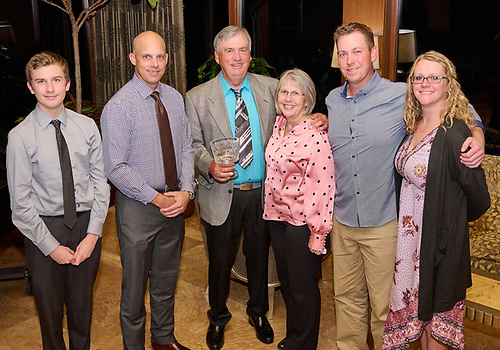 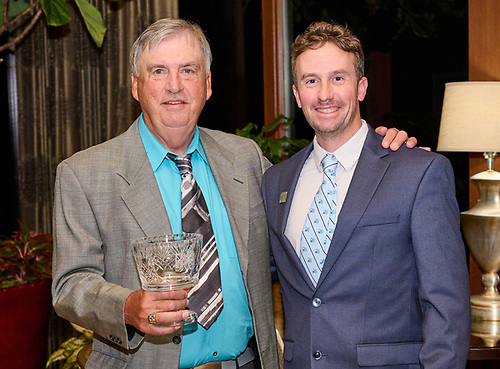 EDINA, Minn. (Nov. 2, 2021) – University of Minnesota Evans Scholars Chapter House member Jimmy Nguyen was named the 2021 Minnesota Golf Association’s Fritz Corrigan Evans Scholar of the Year at the MGA’s 121st Annual Awards Dinner, Nov. 1 at Oak Ridge Country Club in Hopkins. Along with Nguyen, the MGA honored outstanding players, volunteers and club representatives for their contribution to the amateur game of golf in Minnesota. They include: Mike Damman, as the MGA Giles Kobilka Award winner, and Madden’s On Gull Lake, as the MGA Member Club of the Year.

The evening’s highlights also included recognition of Betsy Aldrich, Sam Baker, Olivia Herrick, Derek Hitchner, Tim Peterson and Olivia Salonek as the MGA Players of the Year (see this link to a press release dated Oct. 28, 2021); in addition, Carson Lee Herron and Sammy Schmitz, were recognized as the 2021 inductees to the MGA-PGA Minnesota Golf Hall of Fame.

The MGA Fritz Corrigan Evans Scholar of the Year award is bestowed annually to the Evans Scholar from the University of Minnesota Evans Scholars Chapter House for outstanding achievement in academics, leadership and community service.

Jimmy Nguyen, 22, of Eden Prairie (Eden Prairie H.S.) is a senior at the University of Minnesota studying Biochemistry, with a minor in business management. He caddied at Bearpath Golf & Country. Nguyen is a two-time executive board member and is currently serving as the Evans Scholars Chapter president. He works at the University’s Masonic Cancer Center in Pediatrics Blood Marrow Transplantation. In addition, he is an operations team member at LifeTime Fitness. Photography, videography and personal fitness are among Nguyen’s hobbies, as he recently completed his second marathon in Long Island, N.Y., earlier this autumn. Nguyen served as the Chapter historian in 2019, executive vice president in 2020 and is known for his inspired leadership among his fellow chapter members. He plans a career in medical sales following graduation next spring.

The Chick Evans Scholarship program is a four-year college scholarship for deserving caddies sponsored by the Western Golf Association in association with the MGA. There are currently 1,070 Evans Scholars attending 21 universities around the country.

The MGA Giles Kobilka Award was given to Mike Damman. The service award was created to recognize individuals whose exceptional and meritorious contributions align with the mission of the MGA and enhance the amateur game of golf in Minnesota.

Damman, 73, of Edina, has served on the MGA Board of Directors since 2004, in addition to the MGA’s Government Relations and Rules and Competitions committees. He has been an active tournament volunteer for more than 25 years, consistently working more than 140 hours annually, and working a total of 153 days since 2011. Damman primarily volunteers as a senior Rules Official at tournaments where he assists players with the Rules of Golf. He also enjoys working outside of the Twin Cities metro area at championships requiring travel and the additional opportunity to get to know better the players, volunteers and staff involved. Finally, he frequently serves as the site captain for amateur championship qualifiers across the state. He retired in 2011 after a 40-year career at the University of Minnesota’s Northrop Auditorium, a job he began as a student worker.

The MGA award is named for Giles Kobilka, who passed away in 2020 after nearly 50 years of volunteer service to the MGA. Kobilka was highly regarded by volunteers and competitors alike not only for his personable nature, but also for his unwavering commitment to the volunteer ethos.


Member Club of the Year

Madden’s On Gull Lake was named the 2021 MGA Member Club of the Year in recognition of the facility’s support of the MGA Associate Member program and willingness to host MGA championships and qualifiers.

Established in 1929, the resort traces its roots on the Pine Beach peninsula back to the Roaring Twenties, the rise of motorcar tourism, and the leasing of the Pine Beach Golf Course on Gull Lake near Brainerd. A decade later, brothers Jack and Jim Madden, now the owners of the golf course, built a spartan, three-cabin “housekeeping resort” called Mission Point. Following WWII and greater expansion of the resort, the brothers added a new partner, John Arnold, who had formerly worked in the resort’s lodge and gained additional hospitality experience as an athletic club manager and as Director of Food Service of Northwest Airlines. By the late 1960s, after the purchase of the historic Robert’s Pine Beach Hotel and the Pine Beach Lodge, the partners became the sole owners of all the resort properties on the peninsula. The new resort was renamed the Madden Inn & Golf Club.

C. Brian Thuringer, who had previously served as manager of the Madden-owned Pine Edge Inn in Little Falls, joined the resort team in 1973 and was named a partner in 1989. During Thuringer’s time running the resort, Madden’s built The Classic golf course which opened to rave reviews in 1997. Hewn from the woods and marsh land south of Gull Lake, The Classic is considered one of Minnesota’s finest golf tests, resort course or otherwise.

After Thuringer’s retirement in 2016, the resort’s leadership turned over to the next generation: Ben Thuringer, chief operations officer, and Abbey Pieper, chief sales and marketing officer. Besides golf, Madden’s features a marina, a full menu of on-the-water recreation, a tennis and croquet club, a kids’ day camp, lakeside spa, live entertainment, an ice cream shop, an art gallery, and an open-air wedding and banquet pavilion.

The club received a plaque and will be featured in the 2022 Directory issue of Minnesota Golfer, the official publication of the MGA.

About Oak Ridge Country Club
Oak Ridge has been an active supporter of amateur golf and MGA championships since the early 1950s. During the latter half of the 20th Century, Oak Ridge hosted numerous MGA amateur competitions including a Senior Amateur, two State Amateur and six Four-Ball championships. The Club hosted the inaugural 1962 MGA Amateur Four-Ball Championship and donated the original championship trophy. More recently, Oak Ridge hosted the 2018 MGA Amateur Four-Ball, the 2014 MGA/PGA Cup Matches, an MGA Players’ Championship (Match Play) and two additional Four-Ball championships. In addition, Oak Ridge has hosted several MGA Senior Tour events, MGA Junior Team qualifiers, MGA Member Days and many USGA men’s and women’s amateur and open qualifiers.
About the MGA
Established in 1901, with the formation by seven golf clubs to organize the state’s most prestigious and storied golf championship, the MGA Amateur Championship, the Minnesota Golf Association is today the governing body over amateur golf in the state, responsible for administering the Rules of Golf and committed to upholding and promoting the game of golf and its values for all golfers in Minnesota.

The MGA conducts 23 major amateur championships and 14 USGA qualifying events each year. Thanks to the support of its member clubs and associate members and the efforts of its volunteers and staff, the MGA provides a variety of services such as handicapping, course rating and measuring, an online golf news and information resource, www.mngolf.org, and an official publication, Minnesota Golfer magazine, which benefit all golfers throughout Minnesota.