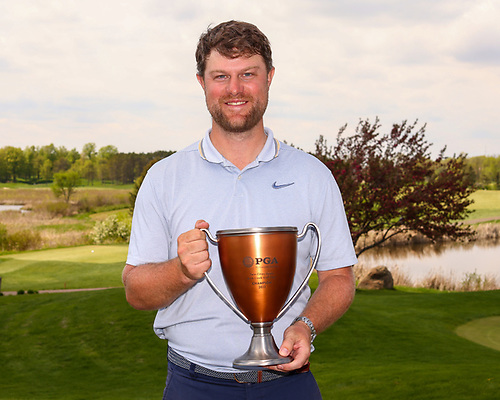 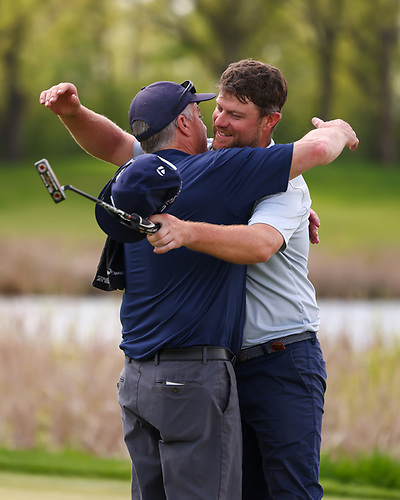 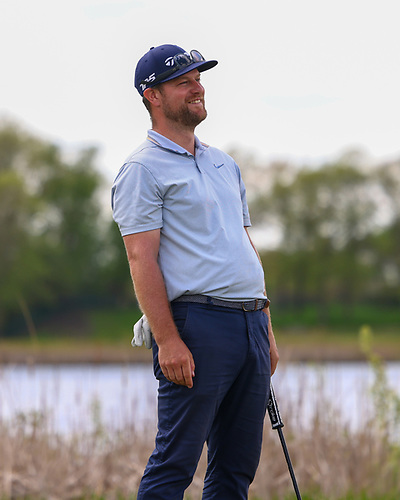 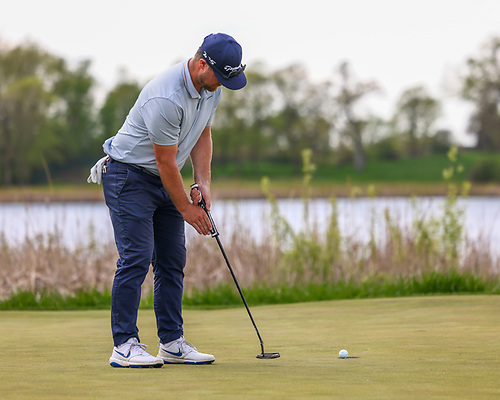 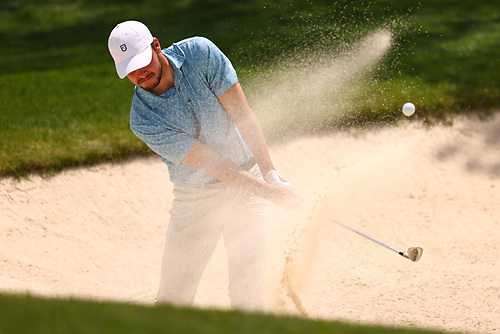 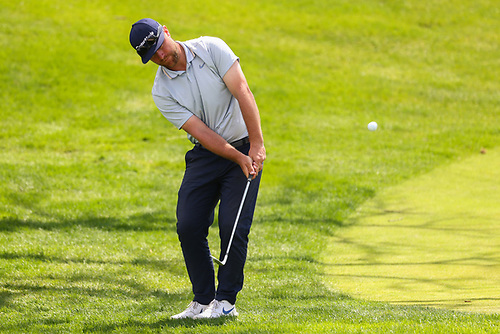 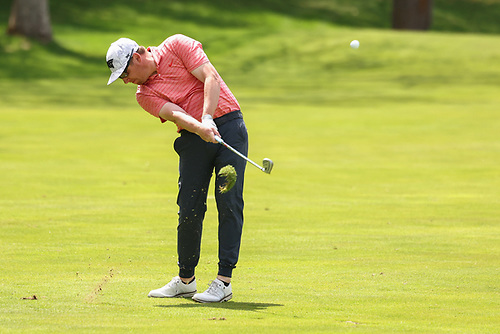 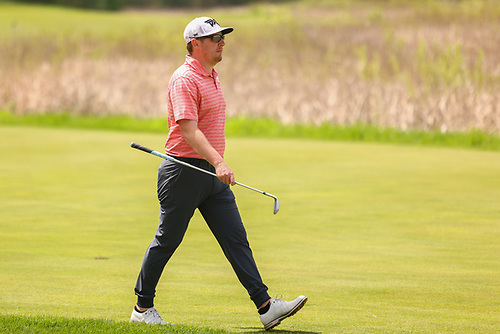 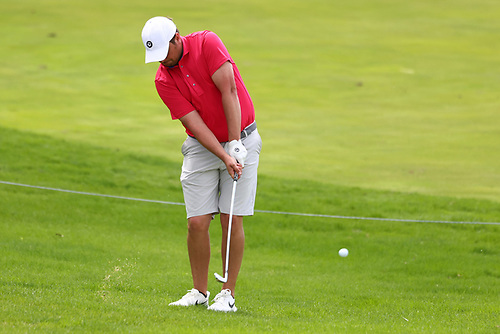 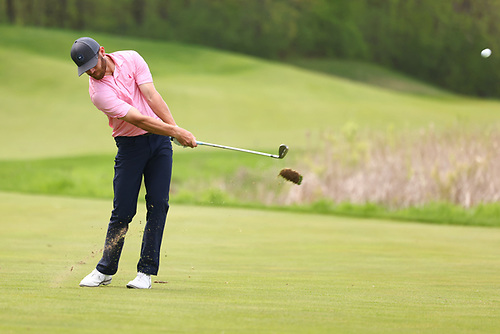 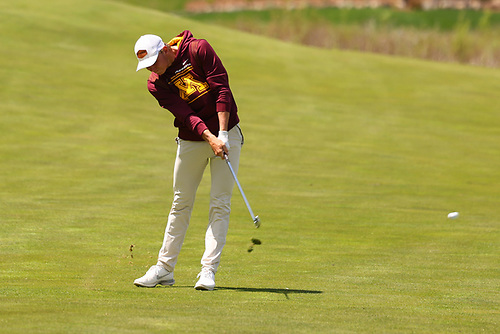 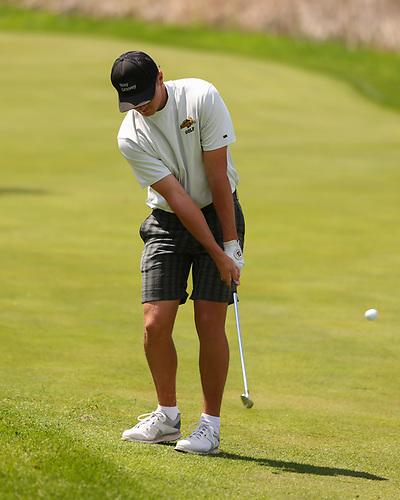 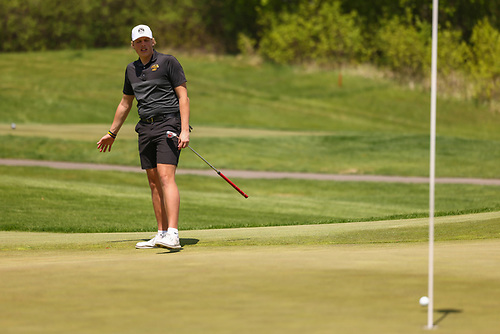 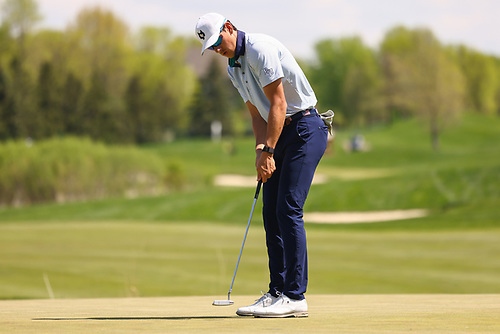 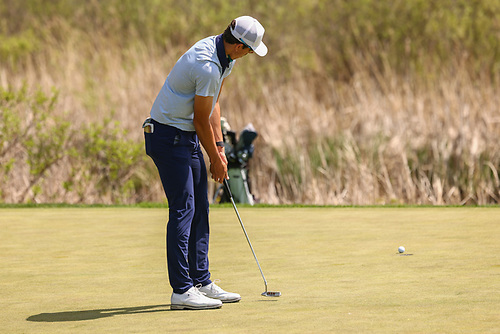 MAPLE GROVE, Minn. – A pair of birdies on the final two holes of his round Wednesday lifted professional Andy Smith to a one-stroke victory at the 2022 Twin Cities Open at Rush Creek Golf Club.

“This win is big for me. I’ve won a lot of single-day events and a couple of assistant’s championships since I turned pro, but this is my first multi-day win since college,” Smith said following his round Wednesday. “I know I can compete with the best players in the section and it gives me a lot of confidence moving forward."

“I trusted the process and it showed itself yesterday and today. If you keep hitting the ball where I normally do, something’s eventually going to go in. Getting opportunities to make birdies and to make nothing bigger than a bogey—kind of the name of the game for me.”

Tuesday’s 5-under 67 came as a bit of a surprise to Smith, who, a day earlier, walked off the course at an event in frustration. A lengthy practice session on the putting green late Monday seemingly boosted his confidence to take a one-stroke lead over North Dakota State University golfer Nate Adams after the first round of play.

“Today was a very similar day to yesterday as far as how I attacked the golf course,” Smith said Wednesday. “I had a lot of the same length putts, but nothing was going in, especially early. One of those days where it starts to eat away and in the back of your head you wonder if anything is going to go in.”

Smith rolled in his birdie chance from six feet at the par-5 second hole to extend his lead, which he’d keep until the 12th, missing a 4-footer for par for his first bogey over his previous 21 holes. Smith avoided his second bogey of the day by rolling in a 6-footer for par at the 15th to remain within one of Holmes.

Curling in an 8-footer at the 17th to pull back within one shot of the lead, Smith then took advantage of a Holmes bogey at the last by chipping to three feet and converting his birdie chance to claim a one-stroke victory at 7-under 137.

“The putt [to save par] on 15 definitely kept the round going and gave me the feel for the putter, but the putt on 17 was the one that kind of kickstarted everything, even though it wasn’t the best paced putt. It gave me confidence going to the 18th hole,” said Smith.

“Today was one of the cleanest scorecards I’ve ever had for a tournament round—I’ve never had a bogey-free round. To have one [bogey] with three birdies is pretty good."

Smith, 33, is coming off a three-win season at section events during 2021, with his biggest coming at the SPAM Pro-Am at Austin Country Club, carding a 2-under 70 to take home over $3,000 in winnings.

College teammates for three seasons with the Blue Devils, Smith and Holmes have been on the bag for each other on multiple occasions in recent years. Smith caddied for Holmes at the PGA Professional Championship at Barton Creek Resort and Spa in Austin, Texas last month.

“We’ve played in the same tournaments, but it’s probably been 10 years since we were both competing for the win in the same group," Smith said. "There’s definitely some comfort there, but in the back of our minds, we want to beat each other.”

Holmes entered Wednesday’s final round two shots back and quickly made up ground with birdies at the third and fifth holes to pull within one shot of the lead. A two-putt birdie for Holmes at the par-5 10 gave him a share of the lead and he’d take the outright lead following Smith’s bogey at the 12th.

In control with a bogey-free round, Holmes dropped his birdie putt from six feet at the 16th to take a two-stroke lead late. However, Holmes sent his approach on the final hole over the green and was unable to get up-and-down to save par to force a playoff.

“I played great, just a bad break on the final hole. It went a little farther than I thought it was going to,” Holmes said Wednesday. “Hats off to Andy, he grinded great."

“Six under for two days and one bogey that came at a bad time today. I can take a lot away from this week. Time to move on; it’s still early in the year.”

Schubring, who completed his junior season at Bethel University this spring, carded a 1-under 71 during Tuesday’s opening round. He started the scoring Wednesday by sinking his birdie chance at the fourth before carding four consecutive birdies mid-round to briefly earn a share of the lead at 6-under.

Unable to sustain his furious pace, Schubring took a step back with a bogey at the par-3 12th, but battled back to within one shot of the lead with one final birdie at the 16th to finish tied for second with Holmes at 6-under 138, claiming low-amateur honors.

Andrew Israelson, winner of the 2019 Minnesota Golf Association Players’ Championship in 2019, carded a final-round 68 Wednesday to place fourth at 5-under 139.