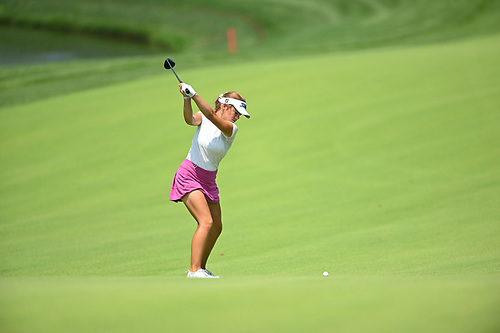 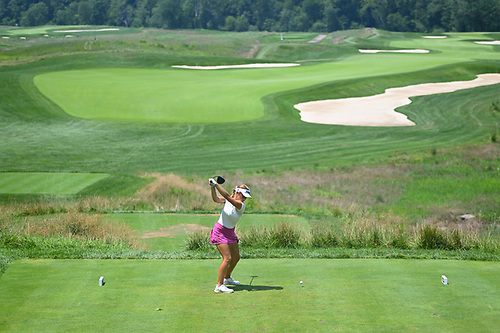 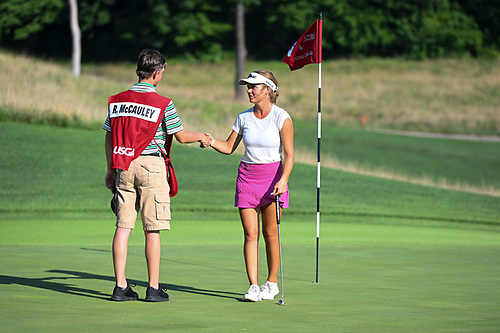 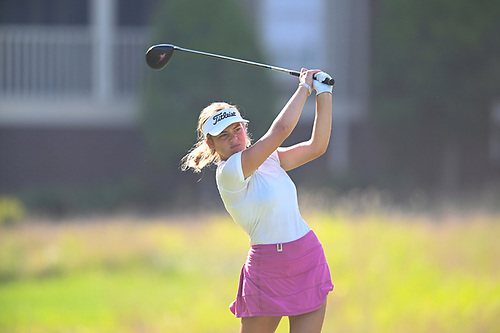 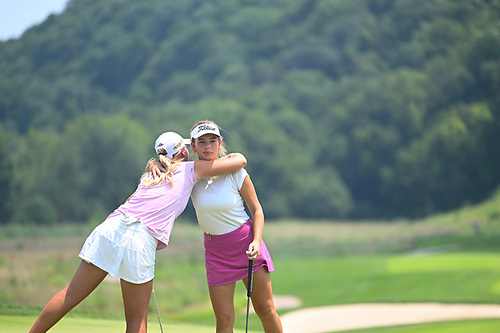 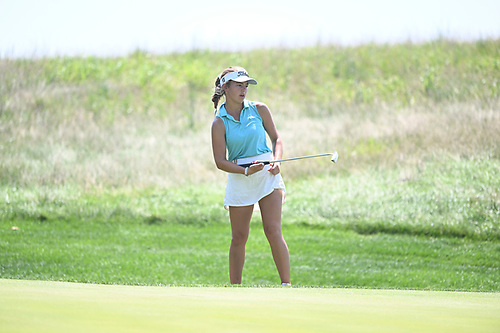 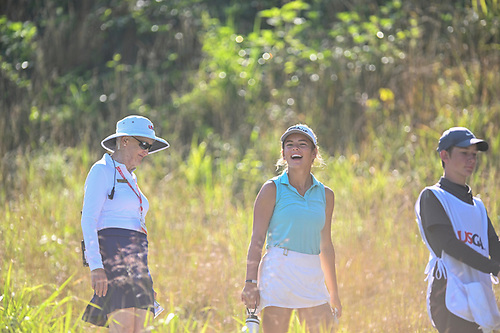 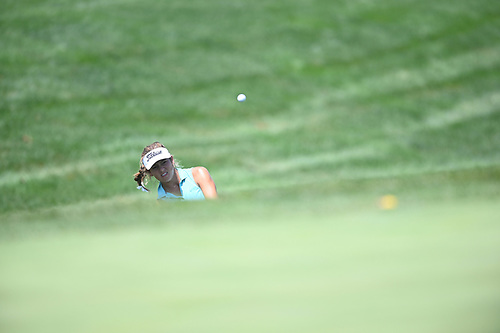 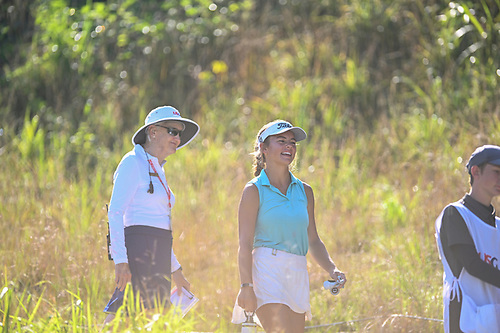 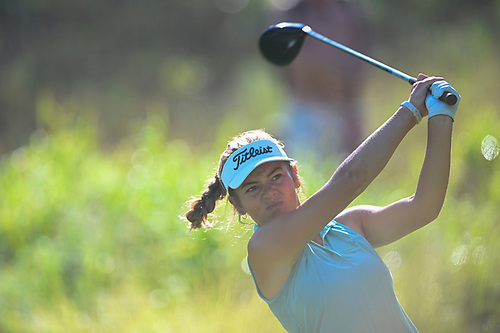 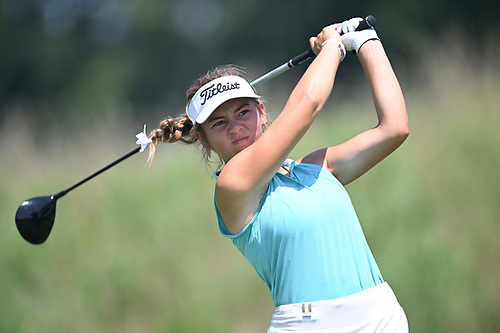 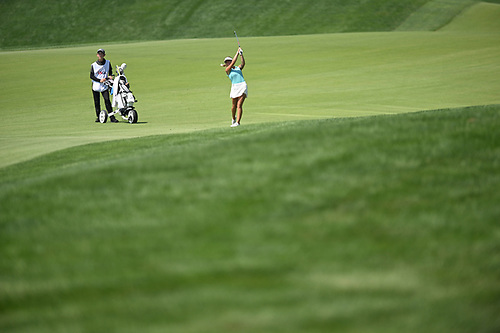 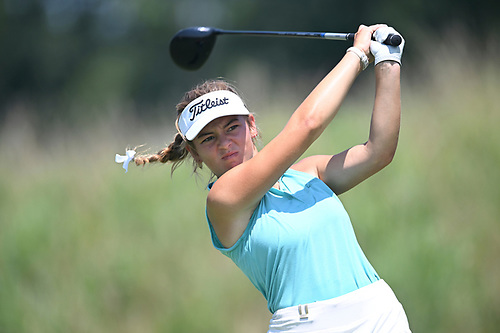 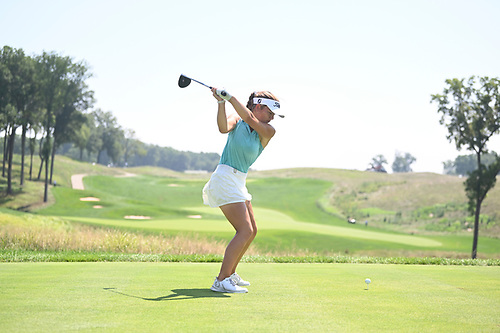 BOWLING GREEN, Ky. -- There were a few notable exceptions, but most of the high seeds made their way through the first round of match play on Wednesday at the U.S. Girls Junior Championship. The No. 2, 5, 6 and 7 seeds all lost, but 11 of the top 16 advanced to Thursday's Round of 32.

Saki Baba, a 17-year-old from Japan, shot a bogey-free 4-under-par 69 on Tuesday at The Club at Olde Stone in the second round of stroke-play qualifying. That gave her a 36-hole total of 139, which was good enough to earn a share of medalist honors -- and the No. 1 seed for match play.

On Wednesday, she was 4 under again, except that this time she needed to play only 14 holes in a 6&4 victory the No. 64 seed, Brynn Kort.

Things didn't go nearly as well for Natalie Vo. She, too, turned in a 139 (71-68) during the stroke-play portion of the tournament, and was the co-medalist. She was the No. 2 seed, but on Wednesday the 18-year-old Colorado State sophomore to be was 2 over for 15 holes. Her opponent, the No. 63 seed, Thienna Huynh, shot 151 in qualifying and had to survive a 9-for-7 playoff on Wednesday morning. She got the second-to-last spot.

Nevertheless, Huynh has impressive credentials. She was the Georgia Golf Association's Girls Junior Player of the Year in 2021, and she combined with another Atlanta-area teenager, Sara Im, to win the U.S. Women's Amateur Four-Ball this spring. So it shouldn't come as a total surprise that Huynh was 3 under for 15 holes in her match against Vo, whom she beat 4&3.

One Minnesota girl made it through the stroke-play qualifying -- Reese McCauley, the 2021 state Class AAA high school champion.

The 16-year-old from Inver Grove Heights had a fairly wild round on Tuesday in qualifying. She made seven birdies, a double bogey and two pars in her last 10 holes during a second-round 69, which gave her a 36-hole tab of 143 and the No. 13 seed.

On Wednesday, she won 3&2 over No. 52 Kaila Elsayegh, but it was hardly a ho-hum, routine kind of victory. She and Elsayegh didn't tie a single hole on the front nine. McCauley won the first three with a birdie and two pars, lost the fourth hole with a bogey, won the fifth with a birdie, but then bogeyed the sixth, seventh and eighth holes and lost them all. So she was back where she started -- all square.

McCauley will play No. 45 seed Kaitlyn Schroeder on Thursday. Schroeder upset No. 20 Trinity Beth 3&2 in her first-round match. They were tied through 12 holes, but Schroeder won the 13th with a birdie, tied for 14th with a birdie and then went birdie-par to win the 15th and 16th holes, and end the match. This was match play, which means concessions, but Schroeder was 5 under according to the scorecard for the 16 holes she played.

At The Club at Olde Stone

How They're Doing: Minnesotans on Pro Tour Money Lists -- Oct. 3

How They're Doing: Minnesotans on Pro Tour Money Lists -- Sept. 26